A win for ‘Dreamers’: US Supreme Court decision blocks dismantling of DACA 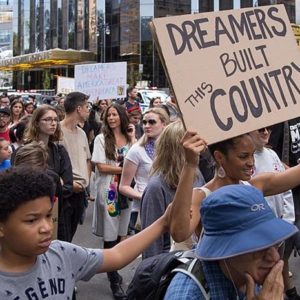 The U.S. Supreme Court has allowed to remain in effect the Deferred Action for Childhood Arrivals (DACA) policy that protects undocumented immigrants whose families brought them into the country as children. The decision is a reprieve for about 700,000 “dreamers,” many of whom have closely monitored the Trump Administration’s  legal challenge to the 2012 executive order by former President Barack Obama. USC experts are available to comment on the decision.

DACA is a temporary fix; congressional action is needed

“DACA is one of the most important advances in immigrant rights for decades. It has provided social and economic mobility for nearly 700,000 active recipients—which benefits their families and our broader communities as a whole.

“This is a major win for DACA recipients, their families, and our communities—and it is a hard earned victory by the movement led by bold, young immigrant organizers and allies who fought to keep DACA in place over the last eight years.

“And while celebration is warranted, we also know it does not end here. DACA remains a temporary fix to a long-standing issue and Congress should take up bills like the Dream and Promise Act to ensure these young Americans immigrants can stay in the only homes they’ve ever known.

“So today, we breathe a sigh of relief. And tomorrow, we take a deep breath before jumping once again into the struggle to ensure that all immigrants are treated with the dignity, respect, and support that they deserve.”

Manuel Pastor is a professor of sociology and American studies and ethnicity at the USC Dornsife College of Letters, Arts and Sciences. He directs USC’s Center for the Study of Immigrant Integration.

DACA may face challenges like those against the travel ban

“The decision does not say that the DACA program cannot be terminated. It just has to be terminated through lawful means. The Trump administration now has several options available to comply with the order. If the administration seeks to terminate the program for reasons that they believe are lawful, that opens the door to new legal challenges and raises questions of timing, and how quickly the administration can act before the November elections and possible changes in Congress as well as in the president.

“Whatever the administration does, it is almost a guarantee there will be challenges by the same states and organizations that challenged the first 2017 termination.

“A good analogy to what we’re dealing with is the Muslim travel ban. The administration went through three versions of the ban. The first two were struck down by appellate courts, and the administration then changed rationale and stopped using the implicit religious designation. The third version of the travel ban, a watered down version, was ultimately upheld by SCOTUS.  We could be going down that path again.”

Niels Frenzen specializes in immigration and refugee law and is the director of the USC Gould School of Law Immigration Clinic. 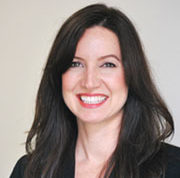 “This was basically a procedural decision. The elephant in the room: Is DACA legal? The majority decision does not say whether DACA is legal or not; it says the procedure for recission was wrong and the appropriate recourse is remand it to the U.S. Department of Homeland Security.

“What we have here is a victory for DACA recipients today. They still have status. But there is nothing in the decision that protects them from the government coming up with a way to end the program in a procedurally appropriate way that would withstand judicial scrutiny.”

Jean Lantz Reisz is an expert in immigration law and legal advocacy. She is the Audrey Irmas Clinical Teaching Fellow at the USC Gould School.

Despite decision, birthright citizenship in the US remains arbitrary

“The Supreme Court of the United States’ DACA decision is a victory for fairness and the rule of law in the United States. But it leaves unresolved a more fundamental form of inequality: the arbitrary nature of birthright citizenship, which allows the government to ignore the Dreamers’ deep ties to the United States simply because they happened, through no fault of their own, to have been born outside of our borders.”

Nathan Perl-Rosenthal is an expert on the history of U.S. immigration policy who recently wrote an analysis about birthright citizenship for The Nation. Also a historian of the 18th- and early 19th-century Atlantic world, Perl-Rosenthal is an associate professor of History, Spatial Sciences and Law at the USC Dornsife College of Letters, Arts and Sciences.

The decision is an unexpected relief 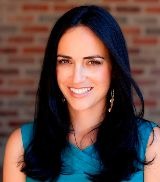 Jody Agius Vallejo is an associate professor of sociology at the USC Dornsife College of Letters Arts and Sciences and is a faculty scholar at USC’s Center for the Study of Immigrant Integration.

She is available for interviews today and can discuss the impact of the high court’s decision on “Dreamers” and their lives in the United States.