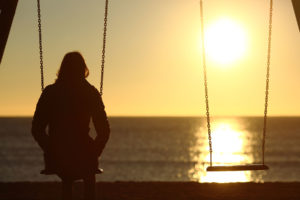 Researchers say their bereavement multiplier has also provided a clearer picture of how the crisis is affecting different racial and ethnic groups as well as different age groups.

A new USC analysis finds that more than one million Americans have been swept up in the tidal wave of grief resulting from the COVID-19 pandemic.

Using a measure they call the “bereavement multiplier,” researchers found that on average each COVID-19 death corresponds with approximately nine individuals who have lost a grandparent, parent, sibling, spouse or child. With an estimated 137,871 lives lost, that corresponds with nearly 1.22 million having lost a close relation.

The analysis was published in PNAS.

“Already, more than a million Americans will forever have a hole in their family,” said study author Emily Smith-Greenaway, associate professor of sociology and spatial sciences at the USC Dornsife College of Letters, Arts and Sciences. “In just a few short months, over one million Americans have experienced an irreplaceable loss that not only leaves them grieving and possibly traumatized but may come with long-lasting health and economic consequences for themselves and others in their family.”

By turning attention to the COVID-19 bereavement burden, the study authors say they want to remind Americans that even an abating pandemic will leave many grieving in its wake. Because many individuals who have died were simultaneously a spouse, parent, grandparent, sibling, and child, the collective toll of the crisis is far greater when considering all of the individuals bereaved by each death.

A clearer look at how COVID-19 impacts different groups

Researchers believe their bereavement multiplier has also provided a clearer picture of how the crisis is affecting multiple racial and ethnic groups as well as different age groups.

Although there is a steep age gradient in hospitalizations and deaths from COVID-19, study authors noted that young people are additionally suffering from the sudden death of their parents and grandparents.

“There are substantial concerns about the health impacts of COVID-19 for individuals, but one area that has received less attention is how the deaths caused by this disease will reverberate through families,” said study author Ashton Verdery, associate professor of sociology, demography, and social data analytics at Penn State University. “Our results show that these impacts will be substantial, they’ll affect people at all ages, and they may exacerbate existing inequalities in bereavement and social support.”

Some people experience serious and prolonged mental health consequences from bereavement and grief in the wake of a family member’s death, including major depression and anxiety. Bereavement is also tied to physical health risks that can include worse cardiovascular health and mortality. The risk of experiencing these negative outcomes is more likely in the case of a family member’s unexpected death, which will be the case for many during the COVID-19 pandemic.

“In the news cycle, the emphasis is on tracking the total number of lives lost, but what’s missing is how these premature deaths reflect in family systems,” Smith-Greenaway said. “What about the numerous loved ones left behind?”

Just weeks into the pandemic, Verdery and Smith-Greenaway combined data on predicted deaths with demographic information about family structures — called kinship models — to estimate the number of Americans who could lose a parent or grandparent to COVID-19. Initially, their work relied on specific prediction models and offered a sense of the overall bereavement burden based on different scenarios.

Now, using the multiplier approach, the study authors say it’s possible to continuously calculate the number of Americans bereaved by the death of a close relation in lockstep fashion with the rising death toll. Given that each death corresponds with approximately nine people bereaved by a close relation, they can track the bereavement burden in real time over the course of the epidemic.

Additional authors include Rachel Margolis, Department of Sociology, University of Western Ontario and Jonathan K. Daw, Department of Sociology and Criminology, The Pennsylvania State University. The study was funded by the National Institute on Aging (1R01AG060949), the Penn State Population Research Institute, which is supported by the Eunice Kennedy Shriver National Institute of Child Health and Human Development (P2C-HD041025), the University of Southern California Center for the Changing Family, and the Government of Canada—Canadian Institutes of Health Research (MYB-150262) and Social Sciences and Humanities Research Council (435-2017- 0618 and 890-2016-9000). Data collection for the Panel Study of Income Dynamics (PSID) was partly supported by the National Institutes of Health (R01 HD069609) and the National Science Foundation (1157698).