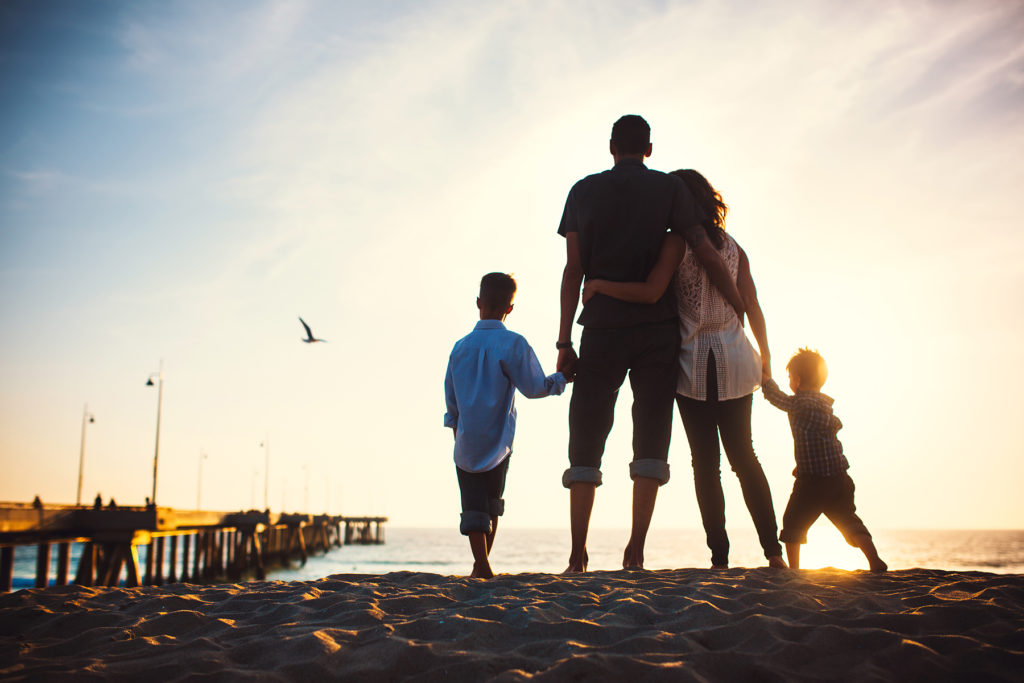 The second annual USC Dornsife-Union Bank LABarometer livability survey also reveals that while Angelenos continue to be less satisfied with their quality of life compared to all California residents and people throughout the country, they perceive less crime, vandalism, and drug and alcohol use in their neighborhoods than they did in 2019.

The first livability survey, referred to as Wave 1, was fielded between June and July 2019.

“Five months after our first LABarometer livability survey, everyone’s lives were upended by COVID-19. Our latest findings, which reflect the experiences of L.A. County residents during the peak of the pandemic, reveal reasons for optimism as well as concern.

“It’s encouraging that perceptions of neighborhood crime are down and that consumer confidence in Los Angeles is rising, even as confidence has stalled in other parts of the state and nation. The 40% increase in the number of people who plan to leave Los Angeles in the coming year, however, raises a red flag. It’s also worrisome that the gap in life satisfaction between L.A. County and the national average has grown.”
— Kyla Thomas, director of LABarometer, USC Dornsife Center for Economic and Social Research 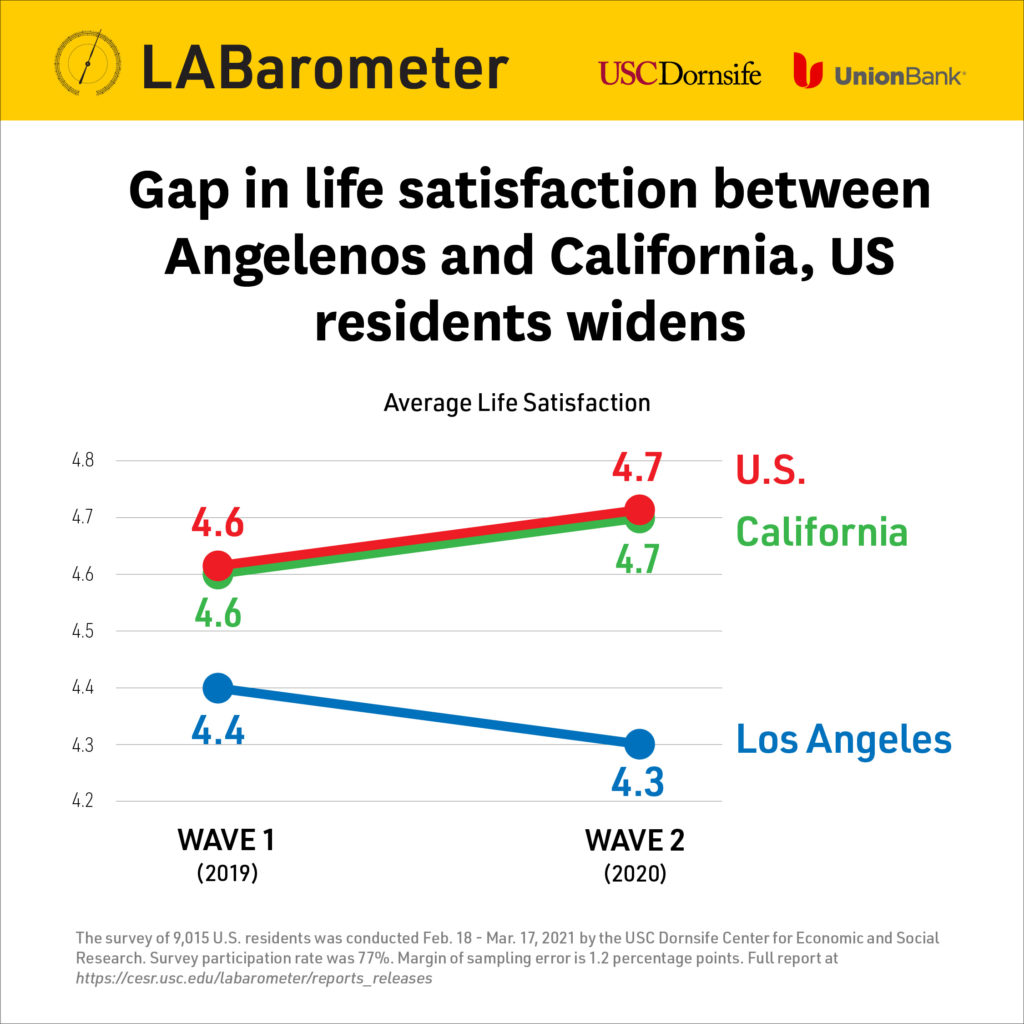 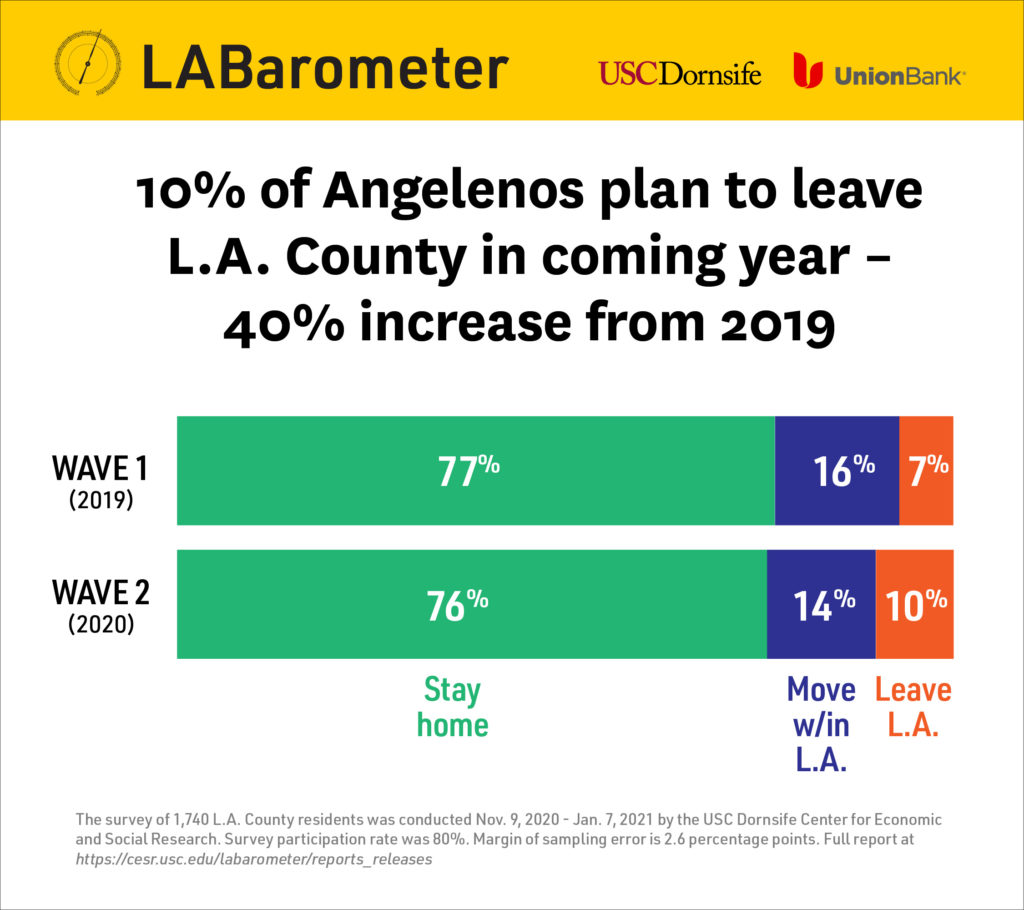 LABarometer is a quarterly, internet-based survey of approximately 1,800 randomly selected Los Angeles County residents, designed and administered by the Center for Economic and Social Research at the USC Dornsife College of Letters, Arts and Sciences.

LABarometer is made possible by the generous support of Union Bank through a sponsorship agreement. The agreement is funded for 10 years, with plans to expand survey participation in L.A. County over the next few years to provide a more comprehensive understanding of the region.

The survey monitors social conditions in Los Angeles County, with a focus on four key issues: livability, mobility, sustainability and resiliency, and affordability and prosperity. By following the same residents over time, LABarometer aims to capture trends and shifts in residents’ attitudes and circumstances, allowing decision-makers in the public and private sectors to better understand the evolving lives and needs of L.A. residents.