Looking for the next leap in rechargeable batteries 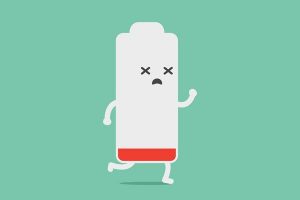 USC researchers have created a new battery membrane that brings the cycle life of next-generation lithium-sulfur batteries in line with their lithium-ion counterparts.

USC researchers may have just found a solution for one of the biggest stumbling blocks to the next wave of rechargeable batteries — small enough for cellphones and powerful enough for cars.

In a paper published in the January issue of the Journal of the Electrochemical Society, Sri Narayan and Derek Moy of the USC Loker Hydrocarbon Research Institute outline how they developed an alteration to the lithium-sulfur battery that could make it more than competitive with the industry standard lithium-ion battery.

The lithium-sulfur battery, long thought to be better at energy storage capacity than its more popular lithium-ion counterpart, was hampered by its short cycle life. Currently the lithium-sulfur battery can be recharged 50 to 100 times — impractical as an alternative energy source compared to 1,000 times for many rechargeable batteries on the market today.

A small piece of material saves so much life 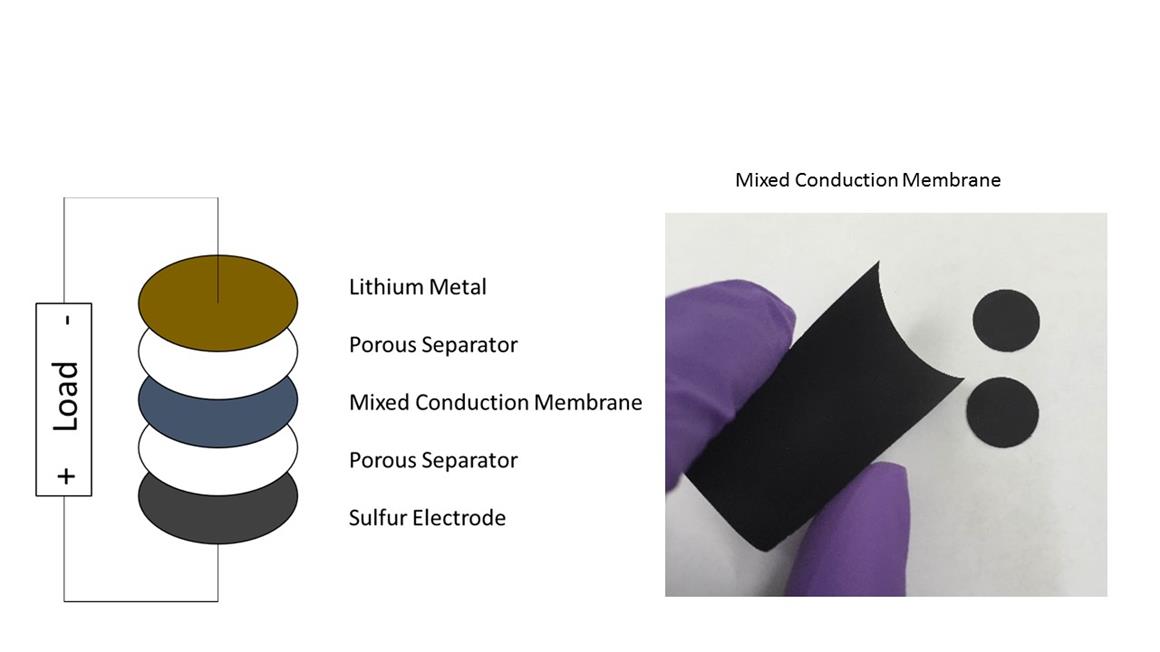 The solution devised by Narayan and lead author and research assistant Moy is something they call the “Mixed Conduction Membrane,” or MCM, a small piece of non-porous, fabricated material sandwiched between two layers of porous separators, soaked in electrolytes and placed between the two electrodes.

The membrane works as a barrier in reducing the shuttling of dissolved polysulfides between anode and cathode, a process that increases the kind of cycle strain that has made the use of lithium-sulfur batteries for energy storage a challenge. The MCM still allows for the necessary movement of lithium ions, mimicking the process as it occurs in lithium-ion batteries. This novel membrane solution preserves the high-discharge rate capability and energy density without losing capacity over time.

At various rates of discharge, the researchers found that the lithium-sulfur batteries that made use of MCM led to 100 percent capacity retention and had up to four times longer life compared to batteries without the membrane.

“This advance removes one of the major technical barriers to the commercialization of the lithium-sulfur battery, allowing us to realize better options for energy efficiency,” said Narayan, senior author and professor of chemistry at the USC Dornsife College of Letters, Arts and Sciences. “We can now focus our efforts on improving other parts of lithium-sulfur battery discharge and recharge that hurt the overall life cycle of the battery.”

Lithium-sulfur batteries have a host of advantages over lithium-ion batteries: They are made with abundant and cheap sulfur, and are two to three times denser, which makes them both smaller and better at storing charge.

A lithium-sulfur battery would be ideal for saving space in mobile phones and computers, as well as allowing for weight reduction in future electric vehicles, including cars and even planes, further reducing reliance on fossil fuels, researchers said.

The actual MCM layer that Narayan and Moy devised is a thin film of lithiated cobalt oxide, though future alternative materials could produce even better results. According to Narayan and Moy, any substitute material used as an MCM must satisfy some fundamental criteria: The material must be non-porous, it should have mixed conduction properties and it must be electrochemically inert.

The study was funded by the University of Southern California and the Loker Hydrocarbon Research Institute.