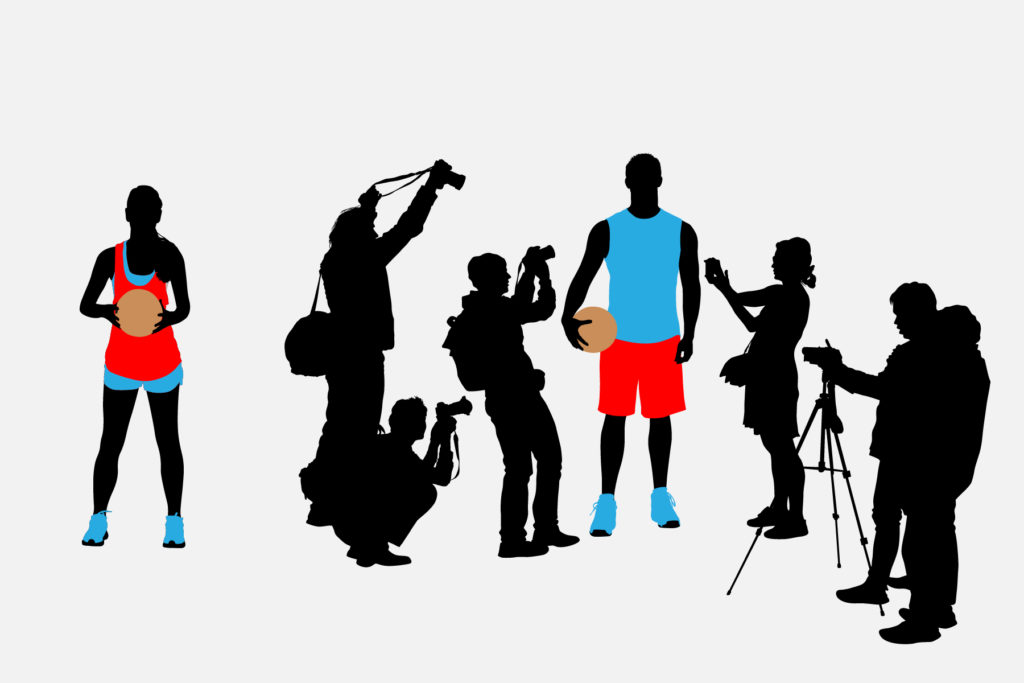 The talented athletes are there. The cheering fans are there. But the media? It’s nowhere to be found.

This is the reality of women’s sports, which continue to be almost entirely excluded from television news and sports highlights shows, according to a USC/Purdue University study published today in Communication & Sport.

The survey of men’s and women’s sports news coverage has been conducted every five years since 1989. In the latest study, researchers found that 95% of total television coverage as well as the ESPN sports highlights show SportsCenter focused on men’s sports in 2019. They saw a similar lopsidedness in social media posts and in online sports newsletters coverage, which were included in the report for the first time since researchers began gathering data three decades ago.

“One and done”: why media coverage matters

But the coverage of women’s sports hasn’t increased in terms of television news and highlights shows, the more critical components of the “larger media apparatus” that helps create audiences for sports, said report author Michael Messner.

“News media focus on the ‘big three’ men’s sports —football, basketball and baseball—creating audience knowledge about and excitement for the same sporting events over and over,” explained Messner, a professor of sociology and gender studies at the USC Dornsife College of Letters, Arts and Sciences. “Meanwhile, women’s sports continue to get short shrift, which is significant when you consider the larger picture of girls’ and women’s efforts to achieve equal opportunities, resources, pay and respect in sports.”

Messner and study co-author Cheryl Cooky of Purdue University say this “missing piece” of media coverage is stunting the growth of audience interest in and excitement for women’s sports.

“Eighty percent of the news and highlights programs in our study devoted zero time for women’s sports,” said Cooky, a professor of American studies and women’s, gender and sexuality studies. “On the rare broadcast when a women’s sports story does appear, it is usually a case of ‘one and done’ — a single women’s sports story partially eclipsed by a cluster of men’s stories that precede it, follow it and are longer in length.”

To ensure their data sample included various sports seasons, the authors analyzed three two-week blocs of televised news on three Los Angeles network affiliates in March, July and November 2019, along with three weeks of the one-hour SportsCenter program. For the first time in the study’s 30-year history, they also included online daily sports newsletters from networks, including NBC, CBS and ESPN and their associated Twitter accounts.

“Considering the ease of posting content and the relative lack of production and budgetary constraints when compared to TV news, we anticipated more coverage of women’s sports in online and social media spaces,” Cooky said. “We were surprised by how little coverage we found. There just isn’t a compelling excuse for that absence.”

Messner and Cooky found that even the tiny percentage of TV news coverage devoted to women’s sports in 2019 was inflated due to a burst of coverage of the U.S. soccer team’s victory in the Women’s World Cup and to a lesser extent, the U.S. women’s tennis competitors at Wimbledon.

From sexualized to “gender-bland” coverage

It isn’t just the quantity but also the quality of coverage that needs improvement, said the researchers, who have documented several dramatic shifts in the ways that women’s sports are covered.

In the 1990s, they saw coverage that routinely trivialized, insulted and sexualized women athletes. By 2014, that frame had receded and in its place was an attempt at a more “respectful” framing of women’s sports that was delivered in a “boring, inflection-free manner” the researchers call “gender-bland sexism.”

In this recent study, Messner and Cooky looked more closely at the gender-bland pattern, finding that nationalism temporarily elevated successful women’s sports into the news — as in the Women’s World Cup example — but that there was little subsequent spillover into increased or higher-quality coverage of other women’s sports.

Additionally, the charitable contributions of men’s teams and athletes were frequently elevated in news and highlights shows, while women athletes’ community contributions, including their social justice activism, almost never made the news. These omissions help paint women athletes with a more one-dimensional, gender-bland brush.

“Our analysis shows men’s sports are the appetizer, the main course and the dessert, and if there’s any mention of women’s sports it comes across as begrudging ‘eat your vegetables’ without the kind of bells and whistles and excitement with which they describe men’s sports and athletes,” said Messner.

The authors acknowledge their analysis took place before the COVID-19 pandemic temporarily forced many athletes off the courts and out of stadiums in 2020. When they returned to the airwaves, ESPN increased its investment in the Women’s National Basketball Association (WNBA) and tripled the number of games it aired across its networks, and the league made headlines for supporting the Black Lives Matter movement. The WNBA recently announced plans for its 25th anniversary this year, including celebrations highlighting the league’s milestones.

Could this represent a turning point for women’s sports? After 30 years of data demonstrating the intransigence of sports media, Messner and Cooky are skeptical.

“Before the pandemic, many fans took sports for granted; now it’s clear how much we rely on sports for entertainment and as a form of escape,” Cooky said. “While the WNBA successfully capitalized on the fans’ and the media’s hunger for sports over the summer, the media’s effort to get back to what’s considered ‘normal’ may once again eclipse women athletes. It remains to be seen whether this moment in history will force the media to reimagine its coverage of women’s sports.”

Additional authors include LaToya Council of USC and Maria Mears of Purdue University.

Primary funding for this study was provided through a grant from the Women’s Sports Foundation. Additional funding was provided by the Center for Feminist Research at the University of Southern California and the Office of the Provost at Purdue University.