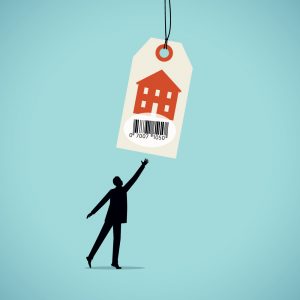 A new USC study shows that Washington D.C. and California cities have widest disparity between income and affordability for rental housing.

New research by USC housing experts reveals lack of affordable rent is a bigger problem than previously realized, not only in big coastal cities but across much of the United States.

The findings come from a new method by researchers at the USC Price School of Public Policy to provide policymakers a more accurate picture of rental market conditions. It helps show ratcheting pressure on working people as well as the challenges companies face in recruiting labor. The findings also underscore how traditional methods of calculating rent burden often substantially misrepresent real-world conditions.

“The study shows a growing mismatch of rents and incomes, how rents are rising faster than wages. It’s an affordability problem acute among the poorest people, but it affects a much broader constituency of people,” said Dowell Myers, professor of urban planning and demography at USC Price and director of the school’s Population Dynamics Research Group.

The newly published study appears in the peer-reviewed, policy research journal Cityscape, which is produced by the U.S. Department of Housing and Urban Development.

The prevailing method of assessing lack of affordability is excessive rent burden, measured by the percentage of renters who spend more than 30% of their household income on rent. But this technique has shortcomings because it does not distinguish degrees of local affordability very well. It also leads to anomalies, such as finding that affordability in San Francisco or Washington, D.C., is better than the national average, Myers said.

Instead, the new method the researchers used is designed to measure the growing mismatch between rising rents and incomes in a way that can distinguish metropolitan areas more accurately over time, while also isolating problems at both low and middle-income levels. It employs an indicator the researchers call the “constant quartile mismatch,” which uses the same census data in a different design to compare changes in rent and income distributions from their values in a base year — 2000 in this study, which precedes both the housing bubble and the Great Recession — to 2016.

Rankings for 50 U.S. metro areas can be found here.

Rent distributions have shifted upward in the nation and most metropolitan areas, while income distributions have improved very little. For example, since 2000, the median rental payment nationwide increased by 17.2% (in 2016 dollars) while the median annual income of renters has actually declined slightly, from $38,468 to $37,500 (-2.5%).

The study uses the mismatch indicator to rank the 50 largest metropolitan areas for rental affordability, based on data from the 2000 census and the American Community Survey. It sorts renters into four quartiles across the metro areas using thresholds defined in 2000 and updated for inflation. Changes in distributions are revealed by sorting 2016 renters into these constant quartiles that represent the traditional high and low rents in an area.

How rents have shifted, in L.A. and beyond

Nationwide, the study shows slight changes in income distribution, but big changes in rents. Whereas renters’ income expanded slightly to include 25.9% of renters in the top bracket in 2016, fully 39.1% of all U.S. renters were now paying rents in the top quartile, an upward shift of 14.1%.

The Los Angeles case is more extreme than the national changes. In the L.A. metro area there was a small upward shift of incomes into the top quartile — now 29.3%, an increase of 4 percentage points — but the upward shift of rental payments since 2000 was far greater — now 54.4%, an increase of 29 percentage points. Fully half of all the renters in L.A. are now forced to pay what were previously top-drawer rents, even though the number of top-drawer incomes increased relatively little. Adjusted for the income increase, this amounts to a net upward shift and a mismatch of 25.2 percentage points, the study says.

Conversely, L.A. lost 14% of the rentals from the lowest quartile, even while the share of low-income renters remained virtually unchanged (-0.5%). Thus, L.A. witnessed growing stress at both the low and high ends of the market, a total mismatch of 38.6%.

The new findings measure the growing stress felt by renters at all levels of the income distribution, showing how much larger a share are forced into upper rent brackets compared to before.

“The new findings measure the growing stress felt by renters at all levels of the income distribution, showing how much larger a share are forced into upper rent brackets compared to before,” Myers said.

By comparison, other metros away from the coasts have fared better; for example, Chicago’s affordability mismatch in the top rental quartile expanded only by a net shift of 14.5 percentage points. Other metro areas have fared even better, such as Dallas (net 12.8), Kansas City (9.7) and Atlanta (8.3). All of these increases are less than the national average, signifying a smaller mismatch and less stress on renters.

Study authors include USC’s Dowell Myers and doctoral candidate JungHo Park. Funding for the study was provided by the John Randolph Haynes and Dora Haynes Foundation, an L.A.-based foundation devoted to the application of social science research to public problem solving.