Study: L.A. communities of color rely on police yet are stopped and arrested at higher rates 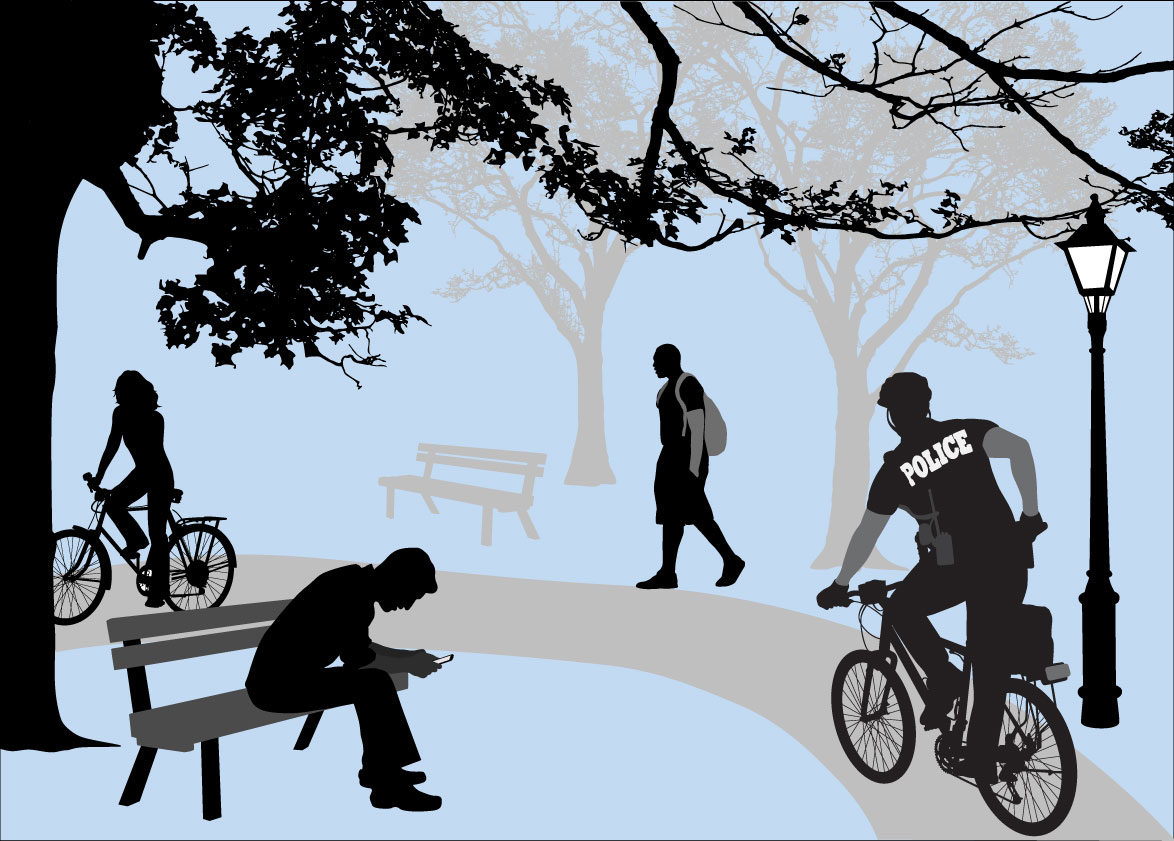 Findings about civilian and police interactions were shared during a community engagement process to better understand how law enforcement and community representatives think about public safety and use data in their work.

A new USC report that combines Los Angeles community members’ feedback with public safety data on arrests, stops by police and calls for service finds evidence of over-policing of L.A. communities of color as well as an uptick in community-initiated calls to police over time.

The report, which utilized data from 2011 to 2018 provided by partnering law enforcement agencies that included the Los Angeles Police Department, found people of color across all L.A. County neighborhoods were stopped at higher rates by the police than other groups. Black Angelenos were stopped and arrested three times as often as white and Latino Angelenos.

But the results also show evidence of those same communities’ increasing reliance on police, including a steady increase in 911 calls by community members to law enforcement agencies over the seven-year period.

The report is the culmination of the first year of the Neighborhood Data for Social Change (NDSC) Criminal Justice Data Initiative, which was launched by the USC Price Center for Social Innovation, the USC Safe Communities Institute and Microsoft. Findings about civilian and police interactions were shared with a variety of groups during a parallel community engagement process — also described by the report — to better understand how law enforcement and community representatives think about public safety and use data in their work.

The USC policy experts who authored the report say the events of the past decade have elevated the urgent need for police reform and greater public trust, brought to the forefront by high-profile police killings, protests in cities around the world and movements such as Black Lives Matter.

“The fact that LAPD and other participating agencies were willing to pull back the curtain, to be transparent and share their data, and participate in and understand the findings — which, in some instances, are not very positive — is a huge step,” said report co-author Erroll Southers, director of the USC Safe Communities Institute and a professor of the practice of national and homeland security at the USC Price School of Public Policy. “Building trust and nurturing legitimacy on both sides of the police-citizen divide are the foundational principles we were hoping to facilitate with this research and community engagement effort.”

“One of policing’s greatest challenges is helping the public understand crime and disorder in the context of their lives. After all, better policing is as much about reducing the incidence of crime as it is reducing the fear of crime,” said Lt. Christopher Chase, COMPSTAT Division of the Los Angeles Police Department. “The NDSC Criminal Justice Data Initiative helps the public access this public safety data, and we are committed to helping the public interpret it so it can draw proper conclusions and form good policy. That is vital for building trust.”

Calls for service versus police stops

The report used LAPD data to analyze the frequency of community-police interactions while considering who initiated contact and how often that contact took place.

On the one hand, “calls for service” were defined as the number of 911 emergency calls made by community residents per 1,000 people in the neighborhood and were used as a proxy for civilian-initiated contact to the police. On the other hand, “stops” were defined as the number of police stops of a vehicle or pedestrian per 1,000 people in the neighborhood. Stops are the most common way that police directly initiate contact with civilians and can be used to measure police-initiated contact with the community.

While civilian-initiated contact steadily increased from 2011 to 2018, police-initiated contact decreased drastically in the beginning of the decade and then rose slightly after 2016. While stop rates decreased on average, certain neighborhoods, including South Los Angeles, saw pronounced increases after 2015.

Participants in listening sessions organized by initiative partners expressed the harmful psychological impact of racial profiling by law enforcement and the lack of investments in community programs, education and health services, particularly in South L.A.

“Going beyond looking at traditional crime data, our process involved listening sessions with community members, law enforcement and nonprofit and government organizations to figure out what public safety means to these various groups and where there was common ground,” said report co-author Gary Painter, director of the USC Price Center for Social Innovation and the Homelessness Policy Research Institute.

He said participants’ definitions of public safety fell into three categories: incidence of criminality, feeling more connected to their community and public services provided to communities.

Community members in particular pointed to factors in their built environment, such as the presence of trash and how well-lit the neighborhood was at night. Painter explained that although these are not public safety issues in the traditional sense, they contribute to a community’s definition of safety, which includes a desire for investments in local programs.

The report noted that while definitions of public safety differed largely among the different groups, almost all agreed that it includes harder-to-measure intangibles like community belonging, connectedness and “opportunities to thrive and be free.”

Southers and Painter said the second year of the Criminal Justice Data Initiative will include training for agencies and other stakeholders using the nascent blueprint provided by the first year.

“Arguably, never in the history of the United States has there been a more opportune time for law enforcement and communities that consist predominately of racial and ethnic minority residents to resolve to improve these essential relationships,” Southers said. “I believe that what we’ve learned will help rebuild those bridges between these agencies and the communities they serve, with safe communication and interaction that necessitate transparency and accountability.”

The Neighborhood Data for Social Change (NDSC) platform, a project of the USC Price Center for Social Innovation, is a free, publicly available online resource for civic actors in Los Angeles County to learn about their neighborhoods. The interactive mapping platform provides neighborhood-level data across 10 different policy areas — ranging from health to housing to education — and engages Angelenos through monthly training sessions and data stories written in partnership with local organizations. In the spring of 2019, the new NDSC Criminal Justice Data Initiative began with a pilot project of collecting, aggregating and disseminating additional public safety indicators on the NDSC platform, including arrests, stops by police and calls for service from community members. These indicators were chosen through a process of engaging law enforcement agencies, community residents and local nonprofits on their data needs and definitions of public safety.