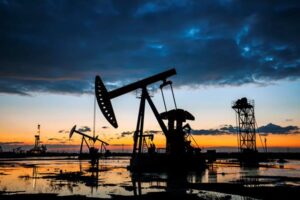 Good morning from USC Media Relations. We have experts available to discuss the implications of OPEC Plus announcing it would cut oil production and the historically slim odds of Dems holding the House and Senate. Faculty can address Biden’s cannabis pardons, breast cancer screening and monkeypox measures. 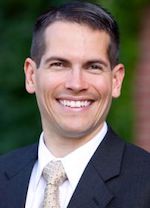 Economists are worried about a heightened risk of recession and a bolstered Russia after OPEC Plus, the coalition of oil-producing nations led by Russia and Saudi Arabia, announced that it will slash oil production by 2 million barrels per day. Some pundits are saying that the move, just ahead of the midterms, is designed to undercut support for Biden.

“Although there could be an underlying political motivation, it is easily dwarfed by revenue goals and collective action concerns facing OPEC Plus member states,” says Shon Hiatt, an expert on oil, gas and other energy industries with the USC Marshall School.

“Keeping Russia as part of the OPEC Plus cartel is important for core OPEC members given that Russia is the No. 3 crude producer after the United States and Saudi Arabia. Russia as part of OPEC Plus increases OPEC’s bargaining power and control over global petroleum prices. Lowering the OPEC Plus quota will help Russia maintain revenues from lower sales in the short term, and in turn, strengthen Russia’s commitment to OPEC.

“The United States’ bargaining power, or its ability to influence OPEC’s production decisions and pricing power, has diminished with the dwindling levels of the Strategic Petroleum Reserve. It is likely that this factored into OPEC Plus’s decision because they know that there is little the U.S. can do in the near term. OPEC Plus’s power over the global oil market has increased.”

Events of 2022 may favor Democrats in midterms, upending precedent 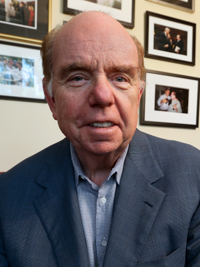 Heading into the 2022 midterms, history does not look kindly on the Democrats’ chances of retaining control of the House and Senate: Only three times in the past century has the party in the White House effectively defied history. This according to Bob Shrum, director of the USC Dornsife Center for the Political Future and veteran Democratic strategist. Shrum, who will co-moderate the Dornsife Dialogue, “ 2022 Midterms: Who Will Control Congress?” on Oct. 11, said voter turnout will play a significant role in determining the two parties’ fates.

“History would predict a Republican wave. But the past is not always prologue: The party controlling the White House defied the odds in 1934, 1962 and 2002 because of extraordinary events like the New Deal, the Cuban Missile Crisis and 9/11.

“This year is a contest between dissatisfaction with inflation and the Republican appeal on crime and immigration on one side, and the potentially paradigm shifting reaction to the reversal of Roe v Wade and the perceived dangers to democracy decried by Democrats. Democrats also could benefit from strange GOP Senate nominees in several states.

“The House is harder for Biden’s party. In the end, the Democrats need higher and different turnout than in other midterms and they need the issues to break their way in order to beat the historical odds for the fourth time in a century.” 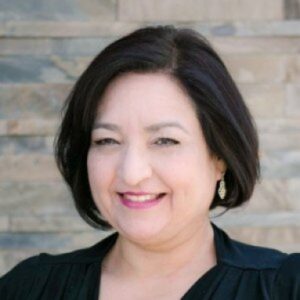 Thanks in part to improved vaccine access and increased awareness, the monkeypox outbreak has slowed since its peak in August. But Cynthia Sanchez, a health care provider and clinical assistant professor with the USC Suzanne Dworak-Peck School of Social Work, remains concerned about misconceptions related to monkeypox and access to care for the LGBTQ+ community.

“The disease impacts the LGBTQ+ community, but it’s not a gay health issue per se. It’s not a gay thing or a straight thing or even a sexually transmitted thing. It’s a direct contact thing.

“But we are dealing with some unknowns, and when you add those to anti-gay biases, people can develop uninformed opinions about this outbreak.

“What is an issue for the community is hesitancy to seek care. That can be a trauma response to the difficulty people have had trying to fit in, especially at private practices where they don’t feel welcome by the system that’s supposed to be there to help them. That type of cultural insensitivity can also lead to poor guidance about health and preventative care.

“Treatment for monkeypox is available. It’s rarely life threatening, but it is painful and can require weeks of prolonged isolation to heal. If you’re sexually active and have more than one contact, you should go and get vaccinated.” 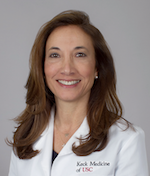 Katie Couric’s recent breast cancer diagnosis and successful treatment put the spotlight on breast cancer screenings. Her cancer was found during a routine mammogram — delayed six months due to the pandemic — and an additional ultrasound screening for dense breasts. Linda H. Larsen, a breast cancer radiologist with Keck Medicine of USC and the director of the Division of Breast Imaging at the Keck School of Medicine of USC, talks about the importance of breast screenings and how dense breasts require additional tests — perfectly timed for Breast Cancer Awareness Month.

“One in eight women in the United States will be diagnosed with breast cancer in their lifetime. It’s critical that women get annual mammograms, which I typically recommend women start receiving at age 40. Women who receive regular screening mammograms have a 47% lower risk of dying from breast cancer compared to those who don’t. I also recommend women receive 3D mammography (also known as a digital breast tomosynthesis) rather than a standard 2D mammogram. A 3D mammogram, which gives radiologists a better view of the breasts, improves cancer detection by up to 40% more than 2D mammography.

“It’s also important for women to talk to their doctor to find out if they have dense breasts and if so, what additional screenings are needed besides a mammogram. Dense breast tissue not only increases a woman’s chance of developing breast cancer but is harder to detect on a mammogram. Typically for those with dense breasts, a doctor will schedule either a breast ultrasound or, if a woman is at high risk of getting breast cancer, an MRI, which provides the most detailed breast images.”

Biden’s cannabis pardons are a small step, but may provide example at state level 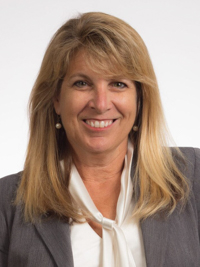 Late last week, President Biden unexpectedly announced that he would seek to pardon simple federal marijuana convictions. The decision will affect thousands of people convicted of simple possession. Rosalie Liccardo Pacula, professor and Elizabeth Garrett Endowed Chair in Health Policy, Economics, and Law at the USC Price School of Public Policy, is an expert in cannabis policy and has led numerous National Institute of Health-funded studies examining the legal impacts on treatment for intoxicating substances. She said while this decision is largely symbolic, it can serve as an example at the state level, where most cases are tried.

“The President’s announcement is pretty narrow, in that it only pardons past offenders. He doesn’t propose decriminalization of the drug, which would reduce the risk of prosecution for small amounts of cannabis for future offenders.

“The vast majority of individuals prosecuted for cannabis offenses are tried in state courts, not the federal court, so this is symbolic. It encourages the remaining 23 states that have not decriminalized cannabis already to do so.

“Rescheduling cannabis is not legalizing cannabis. Many drugs available for medical purposes remain scheduled on the Controlled Substances Act and possession/use criminal charges for non-medical purposes may still be imposed. So, it will be interesting to see what the review by the attorney general recommends in terms of rescheduling or rescheduling entirely.”