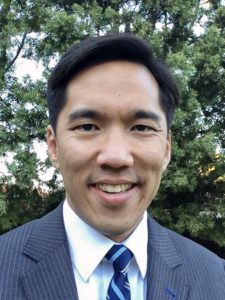 With Trojan roots and over two decades in the private and public sectors, Kim brings inspired leadership to one of the university’s most vital positions

Beong-Soo Kim, a leading attorney who spent the better part of a decade at the U.S. Attorney’s Office in L.A., has been named senior vice president and general counsel of USC, President Carol L. Folt announced Tuesday. Kim will join USC on July 1.

“Beong’s diverse and high-level legal expertise, mission-driven approach to taking on challenges, and commitment to public service made him our clear first choice,” Folt said. “He will be an important addition to the USC leadership team and an asset to our entire university community.”

“It is a privilege to join this remarkable institution, which touches the lives of so many people throughout Southern California and the world,” Kim said. “USC’s mission has never been more vital and relevant, and I am tremendously excited about working with President Folt and other stakeholders to move that mission forward.”

Born and raised in Woodland Hills, Kim, whose father attended graduate school at USC, grew up watching Trojan football games. In high school, he furthered one of his lifelong passions and studied the cello with the late Eleanore Schoenfeld, a legendary professor at USC’s Thornton School of Music.

Two and a half years later he joined the U.S. Attorney’s Office in L.A., where he eventually became chief of the major frauds section, criminal division. There, he supervised 36 prosecutors and directed the investigations of complex criminal matters including health care fraud, securities and investor fraud, government fraud, theft of intellectual property, and embezzlement.

“When you lead a large group of lawyers, you learn the importance of listening,” Kim said. “It’s important to have a clear vision, but it’s also important to listen to people, and that’s what really promotes better decision-making.”

In 2007, during his time at the U.S. Attorney’s Office, Kim also taught at USC, designing and co-teaching a weekly seminar on “Sentencing Law, Policy and Practice” at the USC Gould School of Law.

Kim left the U.S. Attorney’s Office in 2012 to become a partner at Jones Day in L.A., where he expanded his skill set to include crisis management, internal investigations and high-profile complex litigation. Two and a half years later he moved to Kaiser, where he said despite the enormity and complexity of the organization, he was able to navigate his role due to Kaiser’s unifying mission. This became particularly crucial during the COVID-19 pandemic.

“That’s such an important lesson for any complex organization, that if you can mobilize resources around one common shared vision, you’re going to be able to respond so much more effectively,” Kim said.

USC’s Office of the General Counsel is responsible for addressing legal issues arising out of the activities of the university, Keck Medicine of USC and other USC-owned entities. The office consists of in-house attorneys, including several specializing in health law, and support staff partnering with outside law firms.